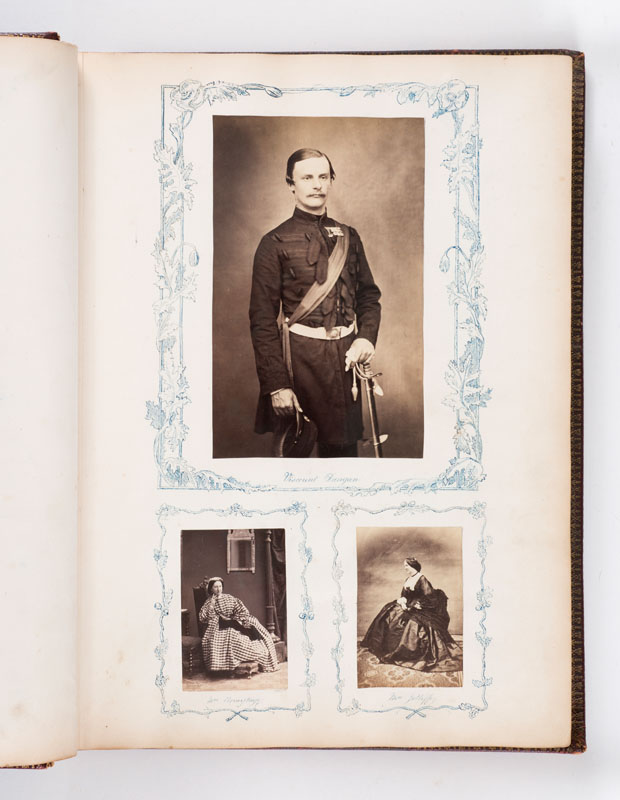 William Henry Wellesley, Viscount Dangan – here seen in military uniform – was a Lt. Colonel in the Coldstream Guards and fought in the Crimean War. He married Gwen Williams in 1863 and became 2nd Earl Cowley on his father’s death in 1884.

Fenella FitzHardinge Armytage, née Berkeley, was an author. She was the wife of Col. Henry Armytage, who served in the Coldstream Guards and had an affair with Mrs. Mary Bulkeley, which led to her divorce from Captain Richard Mostyn Lewis Williams Bulkeley in 1864.

Leila Jolliffe was the elder sister of Mrs. Ricardo and widow of Captain Hylton Jolliffe, who was a Captain in the Coldstream Guards and fought in the Crimean War. The Jolliffes were related by marriage to the Paget family, Captain Francis “Punch” Howard Vyse, the Earl of Sefton and Lord de Blaquiere.