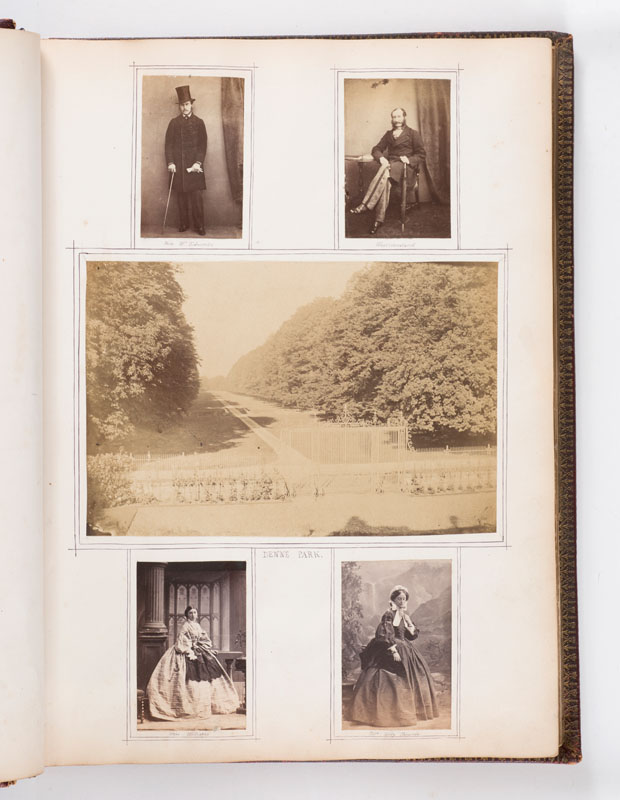 Captain the Hon. William Edwardes was a Captain in the Coldstream Guards, a cricketer and prize shot.

Colonel Francis William Henry Fane, 12th Earl of Westmorland (1825-1891), served in India and in the Crimean War, where he was one of Lord Raglan’s aides-de-camp. He was related to the Pagets and the Ponsonbys, but was associated with horse racing rather than cricket. He succeeded his father, who was a diplomat, in 1859. His main seat was at Apethorpe in Northamptonshire.

This view of the avenue at Denne Park was taken from an upper floor of the house.