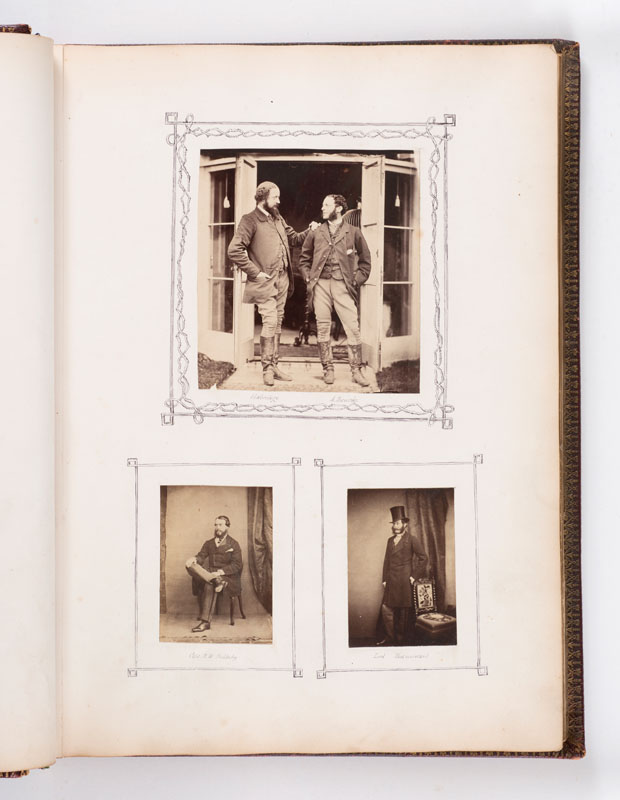 This informal photograph of the Earl of Uxbridge and Albert Ricardo was taken at Ray Mead Cottage. They are both dressed for riding or hunting. Albert kept a pack of beagle hounds – known as the Raymead Pack – which were used to hunt hares, rather than foxes.

Captain Richard Mostyn Lewis Williams Bulkeley (1833-1884) of the 7th Hussars came from a family that owned Baron Hill, near Beaumaris, on the island of Anglesey. In 1866, he married (as his second wife), Madge Williams, after divorcing his first wife, Mary Emily Baring. He succeeded his father as 11th Bt. in 1875.

Colonel Francis William Henry Fane, 12th Earl of Westmorland, served in India and in the Crimean War, where he was one of Lord Raglan’s aides-de-camp. He was related to the Pagets and the Ponsonbys. He succeeded his father, who was a diplomat, in 1859. His main seat was at Apethorpe in Northamptonshire.