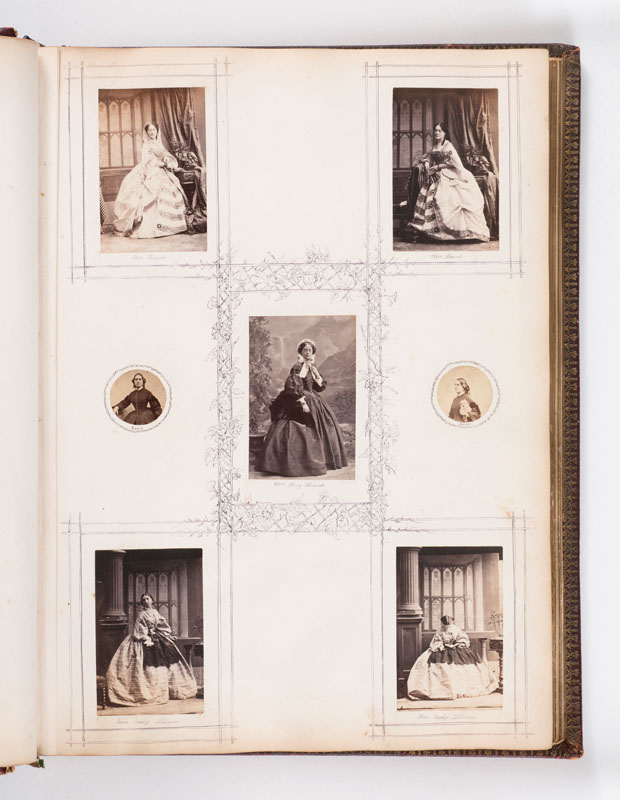 Miss Ricardo was probably Albert Ricardo’s sister, Emily Ricardo, who did not marry. The Ricardos were a very large family – Albert’s grandfather, Abraham Ricardo, had at least 15 children, most of whom married and had families, so Albert had a great many cousins and, among them, a number of other “Miss Ricardos”.

Lady Cosmo Russell, née Annie Norbury, was the daughter of John George Norbury, of Mammeter Hall, Leicestershire. Her husband, Lord Cosmo Russell, was a younger son of the 6th Duke of Bedford. He is known to have been a steeplechase rider and taken part in amateur theatricals, like Albert Ricardo.