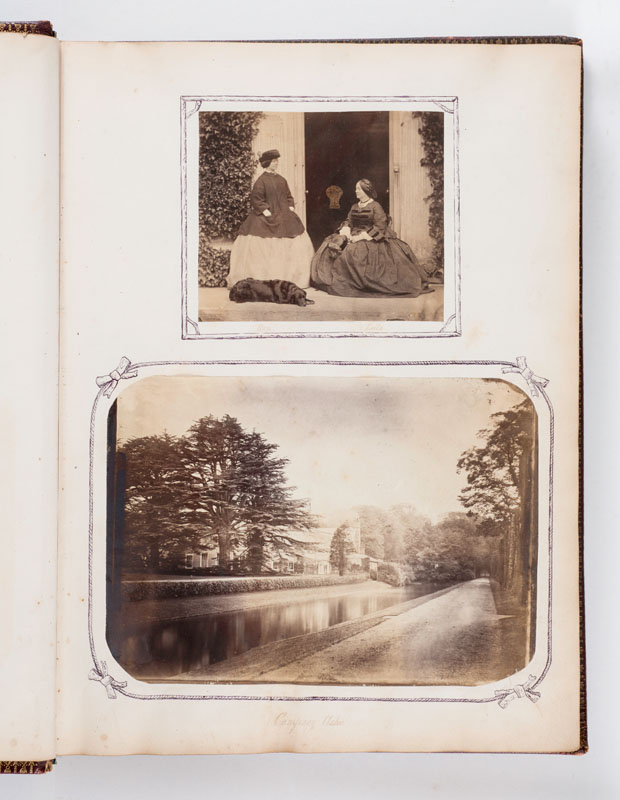 Mrs. Harriet Anne (Han) Sheppard and Mrs. Leila Jolliffe were sisters of Mrs. Ricardo. Han was the wife of John George Sheppard of High House, Campsey Ashe, Suffolk. Leila was the widow of Captain Hylton Jolliffe, Esq., eldest son of William Jolliffe, 1st Baron Hylton. Captain Hylton Jolliffe was related to the Pagets and the Howard Vyse family. He was a Lieutenant in the Coldstream Guards and was with his battalion on 20 September 1854 at the Battle of Alma, one of the major battles in the Crimean War (1854-1856). He died of cholera at Balaclava in October 1854. Leila had two daughters. Han had no children. This photograph was taken at High House.

Campsey Ashe was the village in Suffolk where the Sheppards lived at High House (sometimes called Ashe High House). The Sheppards had been the main landowners there for over two centuries. John George Sheppard was a cricketer, like Albert Ricardo, and played for Marylebone Cricket Club and I Zingari. He hosted a cricket match on his own ground at Campsey Ashe in 1845, between I Zingari and the Gentlemen of Suffolk. Albert Ricardo played with him in matches between I Zingari and Harrow School in 1846 and 1849.

High House was described in 1839 as “an old house with a beautiful deer park and gardens kept up in the old English taste, with clipped yews, statues and a fine bowling-green. There are some magnificent trees, particularly the finest cedars.” A cedar tree can be seen in this photograph of Campsey Ashe.