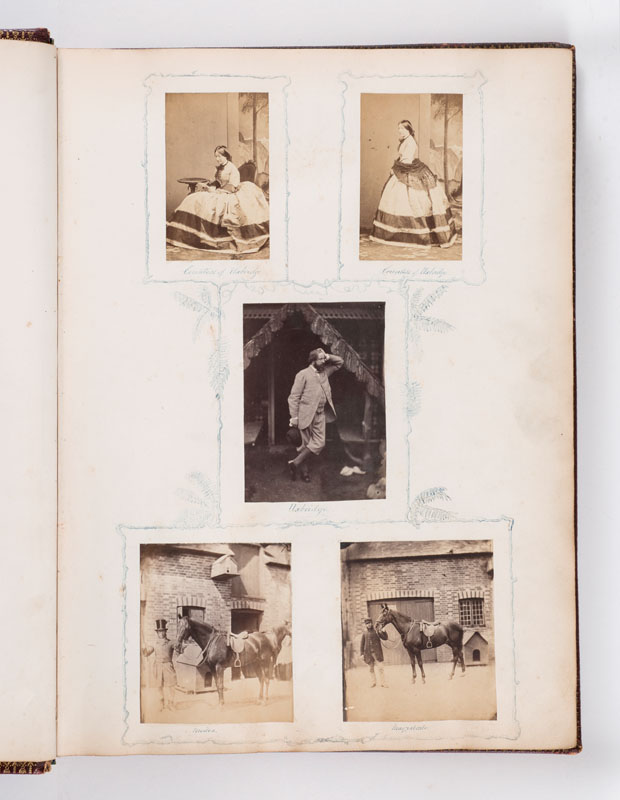 Sophia, Countess of Uxbridge, née Eversfield, was the sister of Charles Gilbert Eversfield, of Denne Park, Horsham, Sussex, and half-sister of Edward (“Ned”) Tredcroft. She married the Earl of Uxbridge in 1845. They had no children.

Lord Henry William George Paget, Earl of Uxbridge, was the eldest son and heir to the 2nd Marquess of Anglesey, whose main seat was at Plas Newydd, Anglesey. Albert Ricardo knew the Earl of Uxbridge as a fellow cricketer, but there were also family connections between the Pagets and the Tyrwhitt family. Henry’s distant cousin, Eleanor Paget, had married into the Jolliffe family and was the mother-in-law of Mrs. Ricardo’s sister, Leila. Mrs. Ricardo’s childhood home, Stanley Hall, was not far from the estate at Beaudesert, Staffordshire, which was one of the Paget homes.

Medea and Magistrate were possibly horses from the stables at Beaudesert or Denne Park.