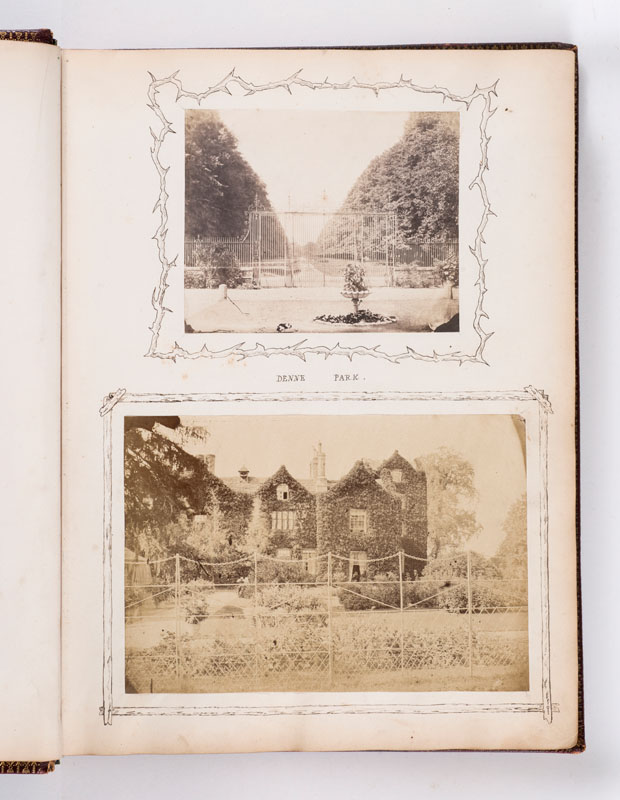 Denne Park, Horsham, Sussex, was the family home of the Countess of Uxbridge. Her brother, Charles Gilbert Eversfield, had a cricket ground at Denne Park where the I Zingari team played an annual match for six years between 1846 and 1851. Albert Ricardo played in the I Zingari team on the first four occasions. The Denne Park team included a number of first-class cricketers. After playing in the first of these matches in 1846, Charles Gilbert Eversfield was paralysed in an accident and could not play anymore.

This photograph shows the view from the west front of the house looking through the wrought-iron entrance gates (no longer there) down the avenue, which stretches for half a mile to the entrance lodge on Picts Hill. The trees were originally planted in the 1760s, after a new road to the south was built for coach traffic.

This photograph shows the east front of the house (originally built in the 17th century) covered in ivy. The house was extended and refronted in the 1880s. This photograph, and the one above, are among the earliest known photographs of Denne Park, but there are drawings of the house in the 1860s that show the same features.