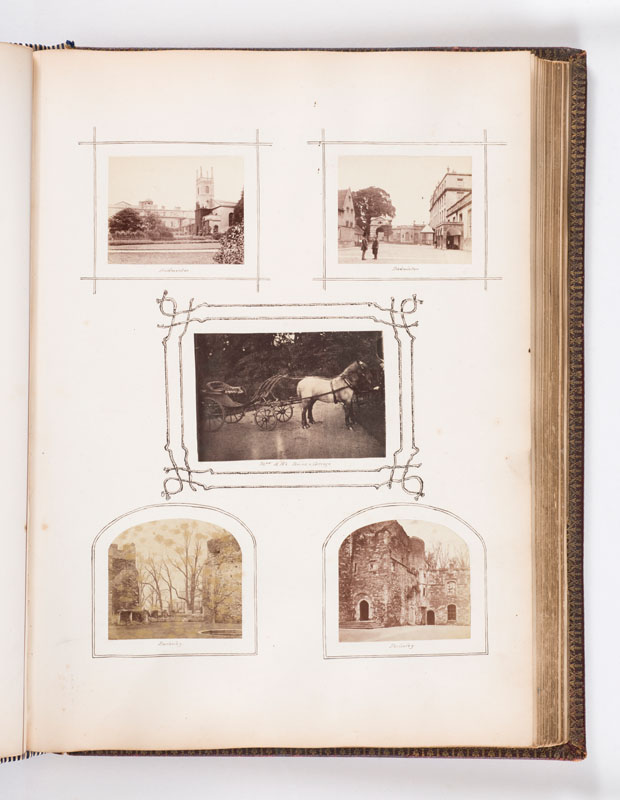 The view on the left shows the church beside part of the house. The photograph on the right is an informal view of two men chatting in the courtyard, in front of a carriage entrance.

This is a photograph of Mrs. Albert (Charlotte) Ricardo’s pony carriage.

Berkeley Castle, in Gloucestershire, at some distance from Badminton, is a medieval fortress near the River Severn where King Edward II was brutally murdered in 1327. Its walls were breached during the Civil War in the 17th century, but it has been the home of the Berkeley family for over 800 years. Francis William Fitzhardinge Berkeley (1826-1896), who succeeded his father as 2nd Baron Fitzhardinge in 1867, was a Captain in the Royal Horse Guards and a cricketer who often played for I Zingari and other teams between 1848 and 1859. He was M.P. for Cheltenham from 1856 to 1865.