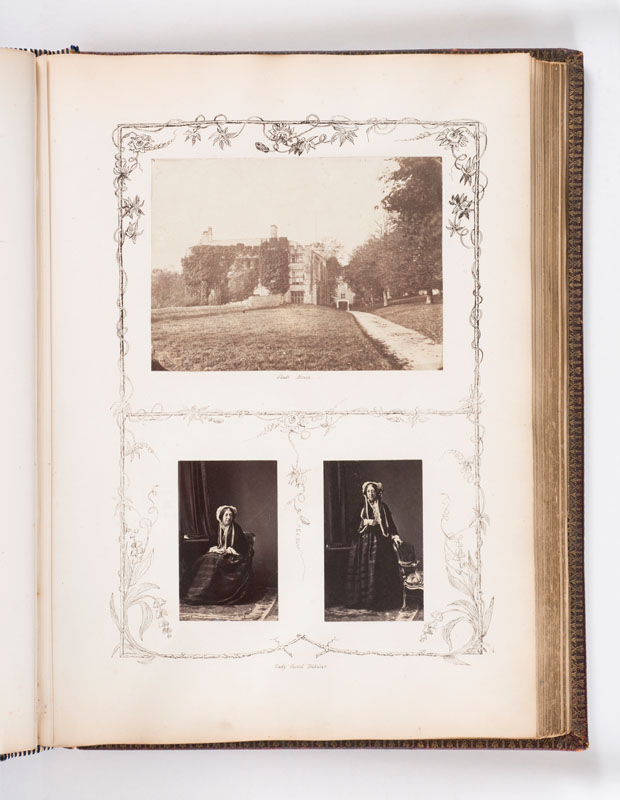 Old Shute House, at Shute Barton, near Axminster, in Devon, is the remnant of a medieval manor-house, with Tudor additions, which belonged to the Pole family from 1560 onwards.

Charlotte Adamson, eldest daughter of Robert Adamson of Hill Street, Berkeley Square, married Sir Godfrey Vassal Webster, 5th Bt. of Battle Abbey, near Hastings, Sussex, in 1814. He died in 1836, having ruined himself by his extravagance. Lady Webster had five sons. Charles Fox Webster and Henry Boddington Webster, whose photographs appear in the album, were her nephews.