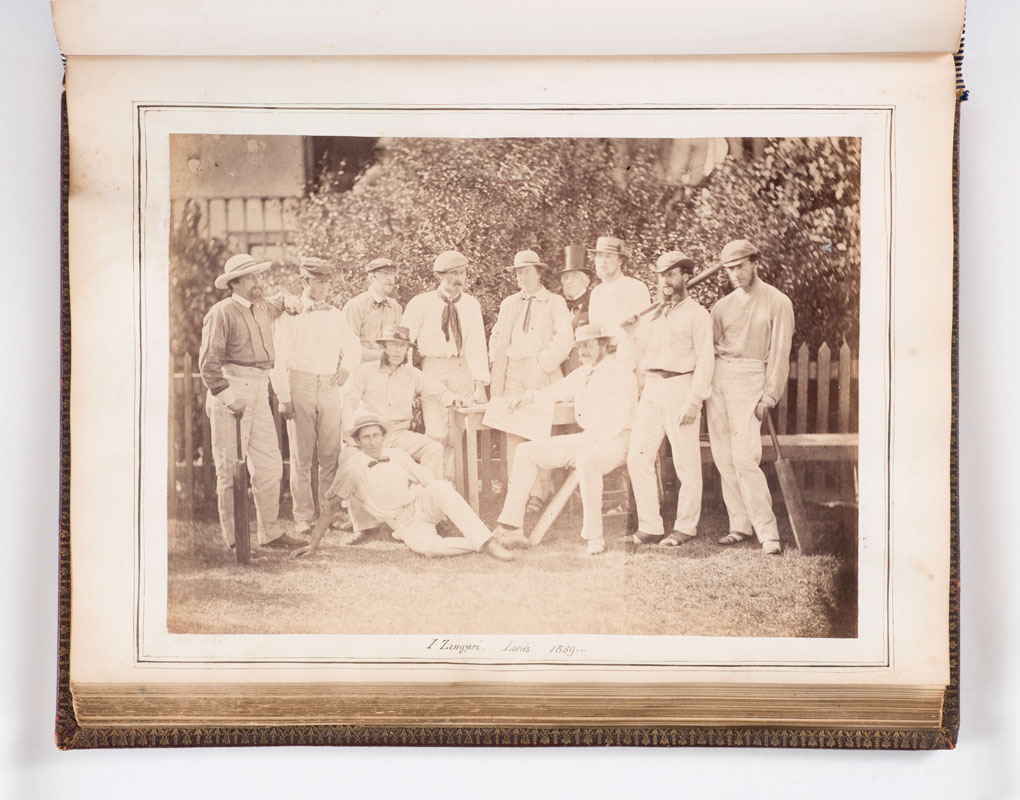 This photograph, which is one of four in the album taken at Lord’s on 9 June 1859, shows part of the I Zingari team which played against a team drawn from the Household Brigade on 9 June 1859, at Lord’s Cricket Ground. It consisted of Spencer Cecil Brabazon Ponsonby, Alfred Baillie, A.P. Law, R.H.B. Marsham, Edward Tyrwhitt Drake, Heneage Finch, Earl of Stamford, Edward Chandos Leigh, Earl of Coventry, Lord Skelmersdale, Sir Thomas Moncrieffe and F. Berkeley (later Lord Fitzhardinge). Those who can be identified from other photographs in the album include Edward Tredcroft (far left), Spencer Ponsonby (sitting left of table), Wingfield Fiennes and James Dark (standing behind table), Alfred Baillie (second from right) and Edward Tyrwhitt Drake (sitting in front, on the ground). Fred Hervey-Bathurst (sitting on the right of the table) was playing for the opposing team on this occasion, although also an I Zingari stalwart.