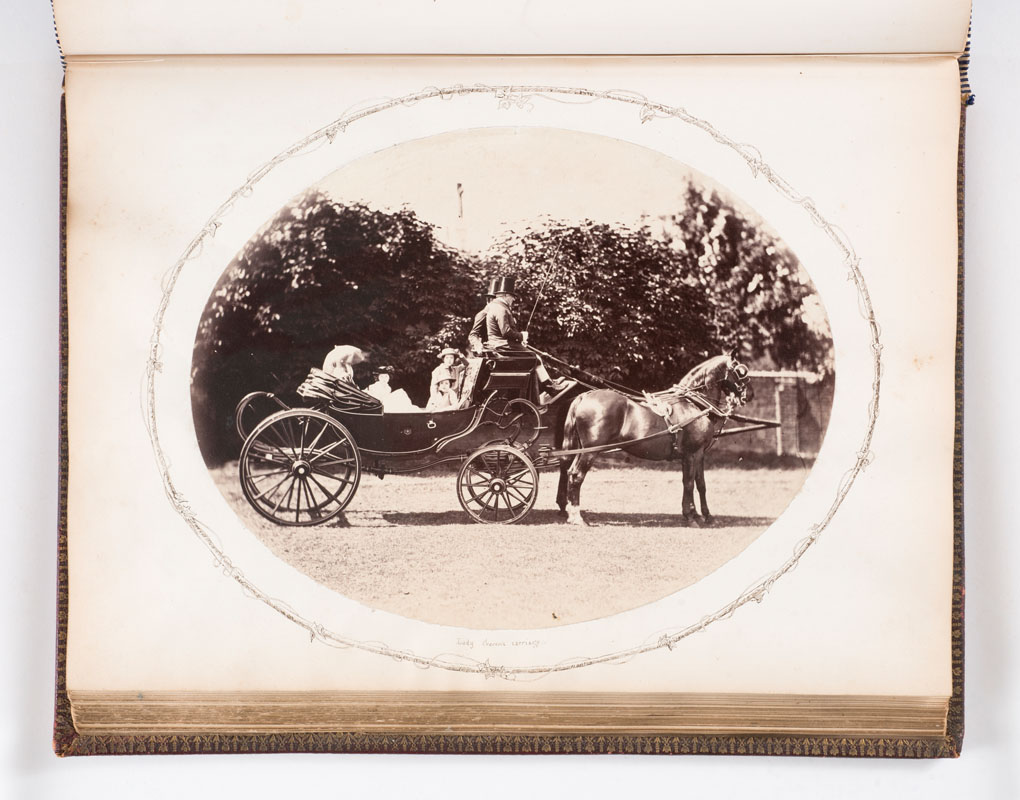 Lady Emily Grimston, daughter of the 1st Earl of Verulam, married William Craven, 2nd Earl of Craven (1809-1866), in 1835. He was Lord Lieutenant of Warwickshire from 1853 to 1856. He was also an accomplished photographer who experimented privately with new techniques. The children in the carriage in this photograph are probably the three youngest in their family of nine: Lady Emily Georgiana Craven (born 1846), the Hon. Osbert William Craven (born 1848) and the Hon. Robert Walter Craven (born 1850); while the lady under the parasol is presumably Lady Craven herself. Albert Ricardo knew her brother, the Hon. Robert Grimston, since he was a keen cricketer and steeplechase rider, and played for I Zingari and the Marylebone Cricket Club, of which he became President. He was also actively involved in wireless telegraphy and joined the board of John Lewis Ricardo’s Electric Telegraph Company in 1852, of which Albert Ricardo was also a shareholder.