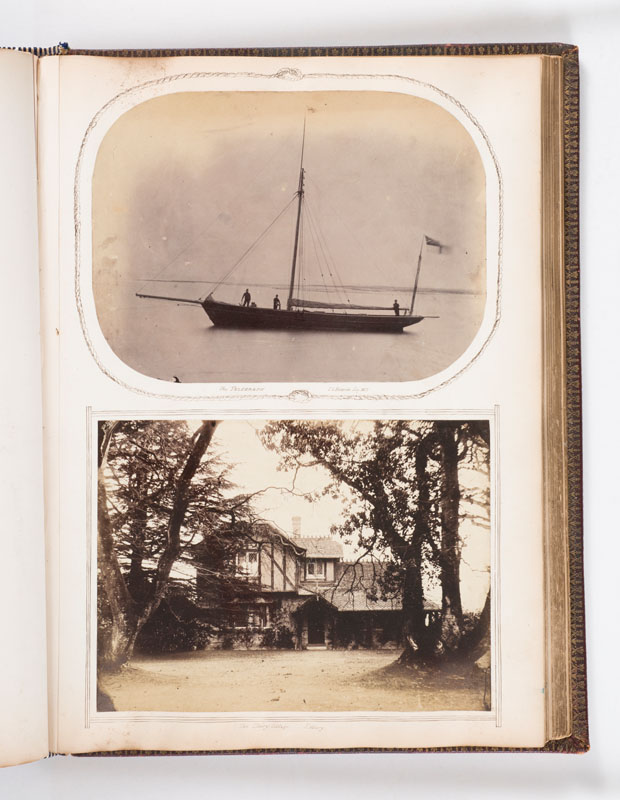 John Lewis Ricardo (1812-1862) was Albert Ricardo’s elder brother. He was the eldest son of Jacob Ricardo, financier, and a nephew of David Ricardo, the political economist. On the death of Jacob in 1834, John abandoned plans for a career in the Army and took over the financial business of his father, in partnership with his uncle, Samson Ricardo. He was elected M.P. for Stoke-on-Trent as a Liberal in 1841, and served until his death in 1862. He advocated free trade and the repeal of the Navigation Acts in 1849. John Lewis Ricardo was a leader of a group of businessmen who, in 1845, purchased the patents for the electric telegraph designed by Charles Wheatstone and William Fothergill Cooke. He took a leading part in the promotion and administration of the telegraph. (His yacht was clearly named accordingly.) The telegraph transformed communications and news gathering and required large-scale investment in telegraph stations linked by wires and cables. In 1846, John Lewis Ricardo founded the Electric Telegraph Company, the world’s first public telegraph company, and served as Chairman until its merger with the International Telegraph Company in 1856. Four of the original eight shareholders were Ricardos, and by 1856, Albert Ricardo’s shareholding was almost as much as his elder brother’s. The company was nationalised by the British Government in 1870, as by then its importance was fully realised. John Lewis Ricardo was also Chairman of the North Staffordshire Railway, the Norwegian Trunk Railway and the Metropolitan Railway, and a Director of the London & Westminster Bank.

In 1841, John Lewis Ricardo married Catherine Duff, daughter of General Sir Alexander Duff and sister of James Duff, 5th Earl Fife. They lived at Exbury House, Fawley, Hants, an estate which included two dairies and farms. The dairy cottage shown here was perhaps used as a guest house for members of his family.