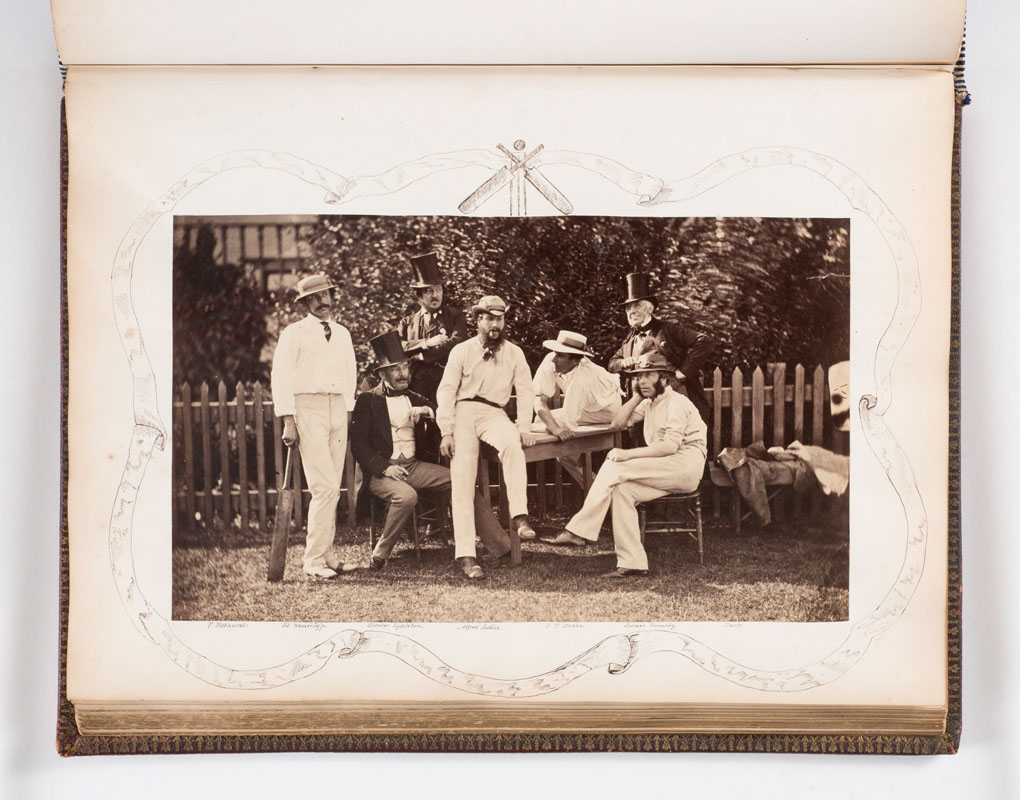 This is one of four photographs in the album taken at Lord’s on 9 June 1859 when I Zingari played against the Household Brigade. Fred Bathurst, Alfred Baillie, Mr. Dark and E.T. Drake have been commented on previously.