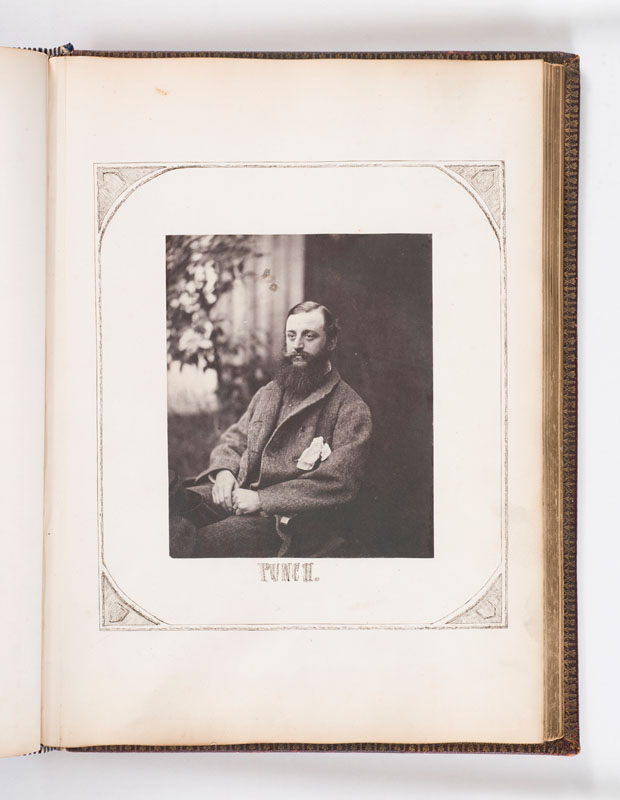 This photograph was probably taken in England before Captain Francis “Punch” Howard Vyse went to Japan. After the Namamugi incident in September 1862, when C.L. Richardson was killed and two other Englishmen were wounded by samurai in the train of the daimyo of Satsuma, Howard Vyse became the spokesman for the most hotheaded members of the British community, by demanding that steps be taken to seize the daimyo or his officials. The then Consul-General, Col. Edward St. John Neale, pointed out that this might lead to war and the stoppage of trade, and informed London of “the highly improper course” that Howard Vyse had followed. Shortly afterwards, it appeared that Howard Vyse had also become unwisely involved in a dispute about a racehorse called Daimio winning the Metropolitan Plate at Yokohama, enraging some members of the British community. On 3 January 1863, the Hobart Town Daily Mercury commented “[o]ur old friend, Captain Howard Vyse, turns up in the very centre of it as the head and front of the offending, shedding, as is usual with him, a brilliant but bewildering light upon the scene.” He was sent to Hakodate, a smaller and more remote consulate on the northern island of Hokkaido. Finally, in 1866, Howard Vyse was forced to resign ignominiously from his post after it was proved that he had connived with three Englishmen who were charged with robbing Ainu graves at Hakodate in 1865. They sent skulls and skeletons to England as anthropological specimens, which later had to be returned. (The Ainu of Hokkaido were an indigenous aboriginal people with a distinct language, religion and culture.) Howard Vyse failed to convict the grave robbers in his consular court and was eventually proved to have directed the whole operation. He returned to England and was declared bankrupt in 1872. At the time of his bankruptcy, he was living in Paris, without trade or occupation, supported by modest remittances from his family. George Greville Moore, in his Memoirs of an old Etonian 1860-1912, recalled meeting Howard Vyse in Paris, and described him as a bit of a sponger. “He was always very lively, and sometimes rather amusing, and at times he would invite himself to dine with us.” He died in Paris in 1891, aged 63.