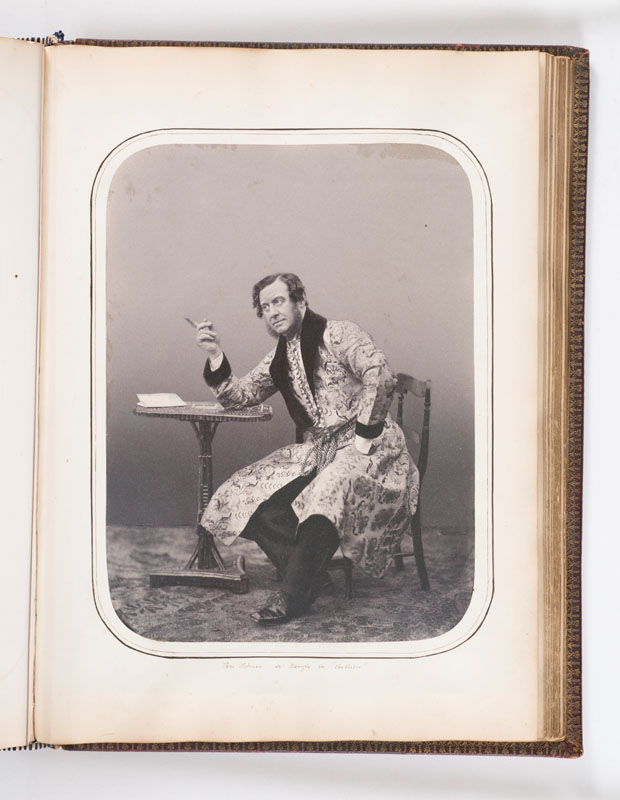 Tom Holmes as “Dangle” in “The Critic”

This production of The Critic, by Richard Brinsley Sheridan, was put on at Melton Mowbray Corn Exchange on 30 January 1861. Major Thomas Knox Holmes (1808-1893) was an enthusiastic member of the Old Stagers who performed with them throughout the 1850s. He later became an active member of the Windsor Strollers and served on their committee. He was also a member of I Zingari, though he did not take an active part in the cricket, but was regularly seen at Canterbury Cricket Week. He is known to have taken part in other private productions, as well as those at Melton Mowbray in 1861. He took the part of Pantaloon in the Harlequinade at a charity performance of The Forty Thieves at the Gaiety Theatre on 13 February 1878, at the age of 71.