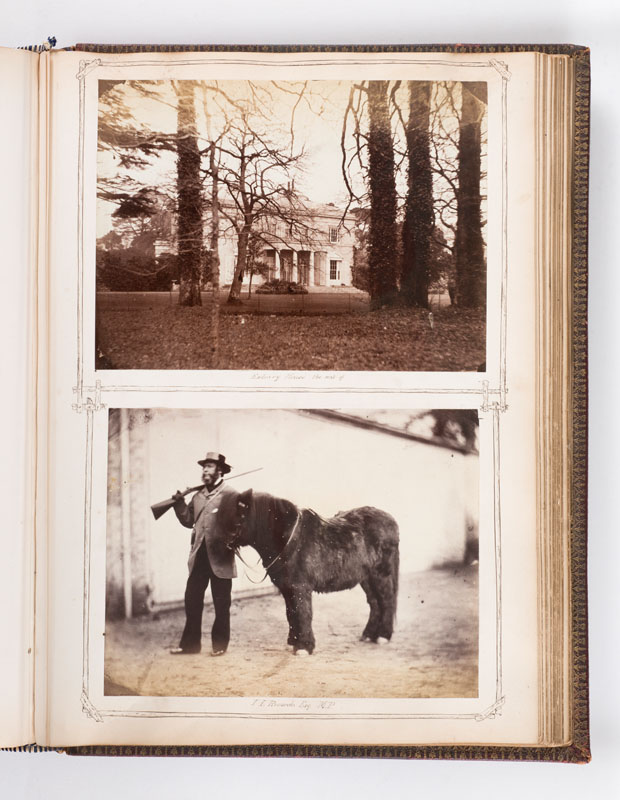 Exbury House, the seat of (top)

This is another view of Exbury House, the country home of Albert Ricardo’s brother, John Lewis Ricardo. It was later bought by the Rothschilds and is now famous for its gardens.

This photograph of John Lewis Ricardo with a small, shaggy Shetland pony was almost certainly taken in Scotland. John Lewis Ricardo became the tenant of a shooting estate in Gleann Eidh on the Mar Lodge estate in Aberdeenshire (near Braemar) soon after his marriage in 1841 to Catherine Duff, the daughter of General Sir Alexander Duff and the sister of James, 5th Earl Fife, who owned estates nearby. A footbridge over the river Eidh was later named “Ricardo’s brig” and was still in place in 1930. (See article on “Ricardo’s bridge” at theuplandofmar.squarespace.com by Joe Dorward.) It was a common practice for a successful man like John Lewis Ricardo to rent a Scottish estate for grouse shooting or stag hunting. The grouse shooting season began on 12 August (the “Glorious Twelfth”) and that for other game in September. This coincided with the long vacation of the House of Commons, so Ricardo probably spent some weeks in Scotland each August and September, as many of his colleagues did. The pony would be used to bring back the game killed over rough ground, as it would otherwise be difficult to carry.