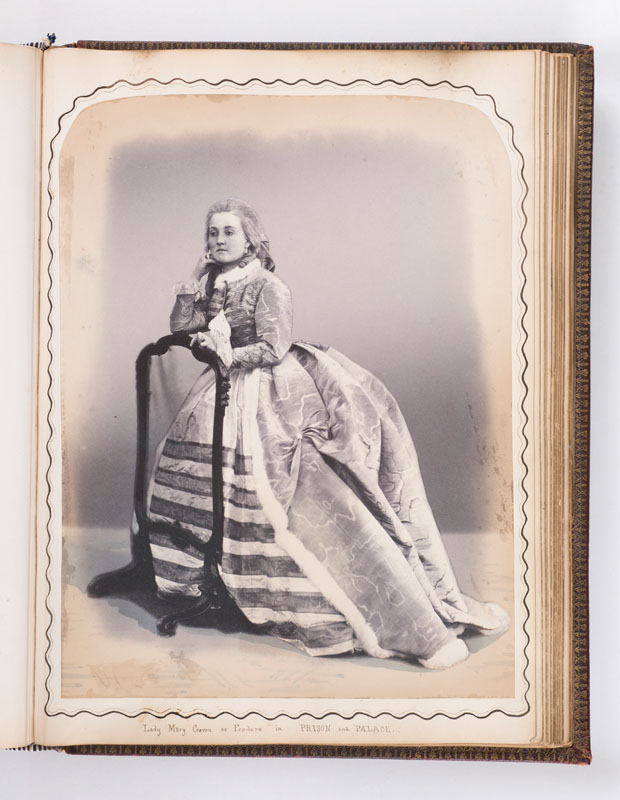 Lady Mary Craven as Feodora in PRISON and PALACE

This production of Prison and Palace, a comic drama in two acts by John Palgrave Simpson, was put on at Melton Mowbray Corn Exchange on 1 February 1861. Lady Mary Craven, née Yorke, was the wife of William George Craven, a nephew of 2nd Earl of Craven, and the daughter of Admiral Charles Philip Yorke, 4th Earl of Hardwicke. She and her husband were listed among those who took part in private theatricals at Melton Mowbray in 1861. Prison and Palace had also been performed by the Old Stagers in 1859. John Palgrave Simpson wrote Epilogues for the Old Stagers performances in 1859 and played with them. He later became a committee member of the Windsor Strollers. He wrote some 25 plays that appealed to mid-Victorian audiences, as they were sentimental and melodramatic, but they quickly fell out of fashion. Palgrave was elected as Secretary of the Dramatic Authors’ Society in 1868 and was a less prolific playwright in the 1870s.