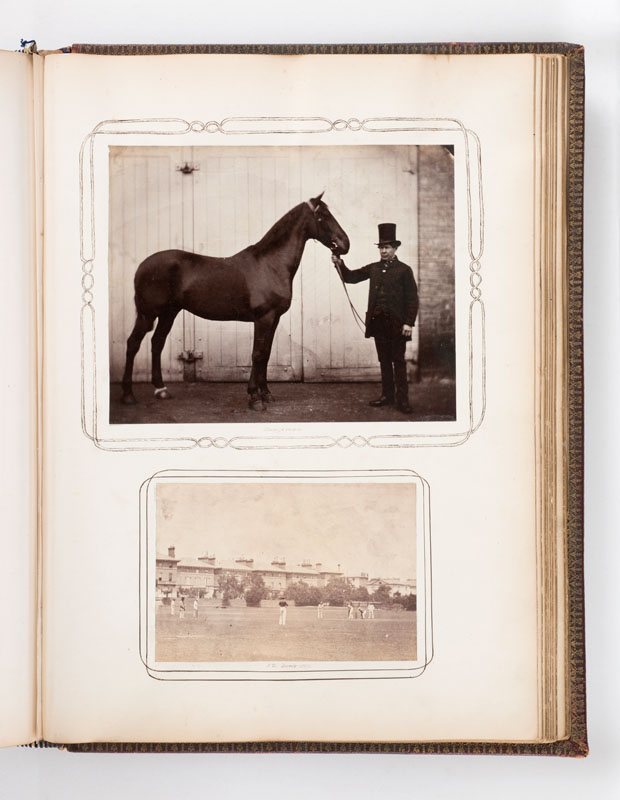 Dragsman was probably one of Albert Ricardo’s horses.

This photograph of the I Zingari players in the field at Lord’s was taken on 9 June 1859. Although it is not possible to identify the players, it is a photograph of particular interest, as it shows the cricket match in play, with an umpire, rather than just a group of cricketers. One of the batsmen appears to be wearing a boater with a ribbon around it, so it is probable that he was wearing the I Zingari colours of red, gold and black. The photograph, which was taken in front of the Tavern Inn, also shows off the beautiful Elm Tree Villas on the Eyre Estate running alongside the ground. (P. Smith, personal communication, August 29, 2014)

This is the second earliest known photograph of a cricket match in play. The one believed to be the first was taken by Roger Fenton in 1857.