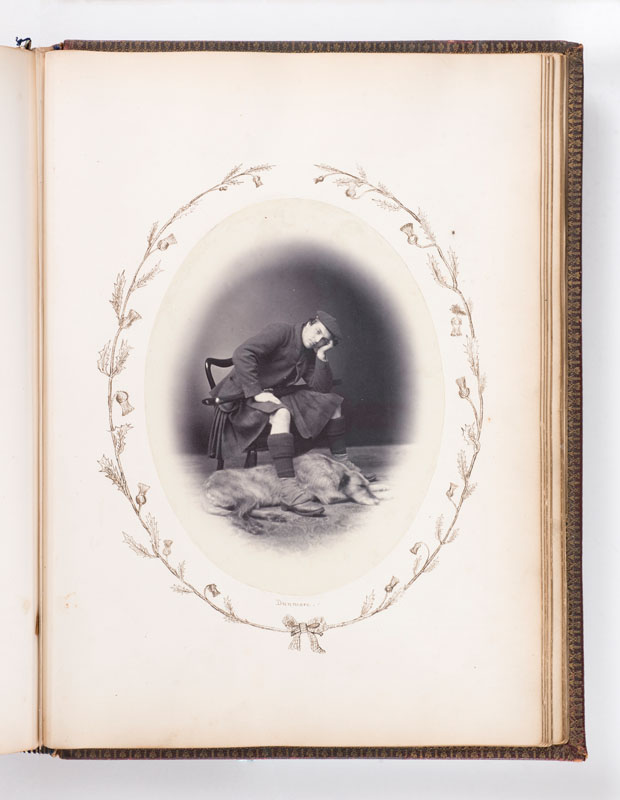 Charles Adolphus Murray, 7th Earl of Dunmore (1841-1907), was a Scottish peer and Conservative politician who served as Lord in Waiting in Disraeli’s government from 1874 to 1880. He was Lord Lieutenant of Stirlingshire and Lt. Col. of the 1st Invernesshire Rifle Volunteers. He was a close personal friend of the Prince of Wales, from childhood on. They played together at Buckingham Palace as children. Lord Dunmore married Lady Gertrude Coke, daughter of Thomas Coke, 2nd Earl of Leicester, in 1866, and they had seven children. He was widely travelled and spoke many languages. His grandfather, the 5th Earl, bought the isle of Harris from Alexander Norman Macleod for £60,000 in 1834, but five years later, his father allowed the forcible ejection of many of the inhabitants of the south of the island from their homes. These clearances were followed by a potato famine which drove many more overseas. Lady Dunmore, mother of Charles, started an embroidery school and the stocking knitting industry on Harris, which later led to the development of Harris tweed. After Charles came of age in 1862, he began an over-ambitious building programme which resulted in his having to sell the North Harris estates in 1867. In 1892, he undertook a 2200 mile, year-long journey, travelling from India to Constantinople, travelling on horseback and by foot, through Kashmir and the eastern Pamirs to Kashgar in Afghanistan, Tibet, Chinese and Russian Turkestan. Throughout the journey, he kept a diary, made sketches and water-colour paintings of all significant buildings and landscapes, and took scientific measurements of altitude and temperature. On his return to England, he wrote an account of his travels, entitled The Pamirs, which was published by John Murray in 1893.