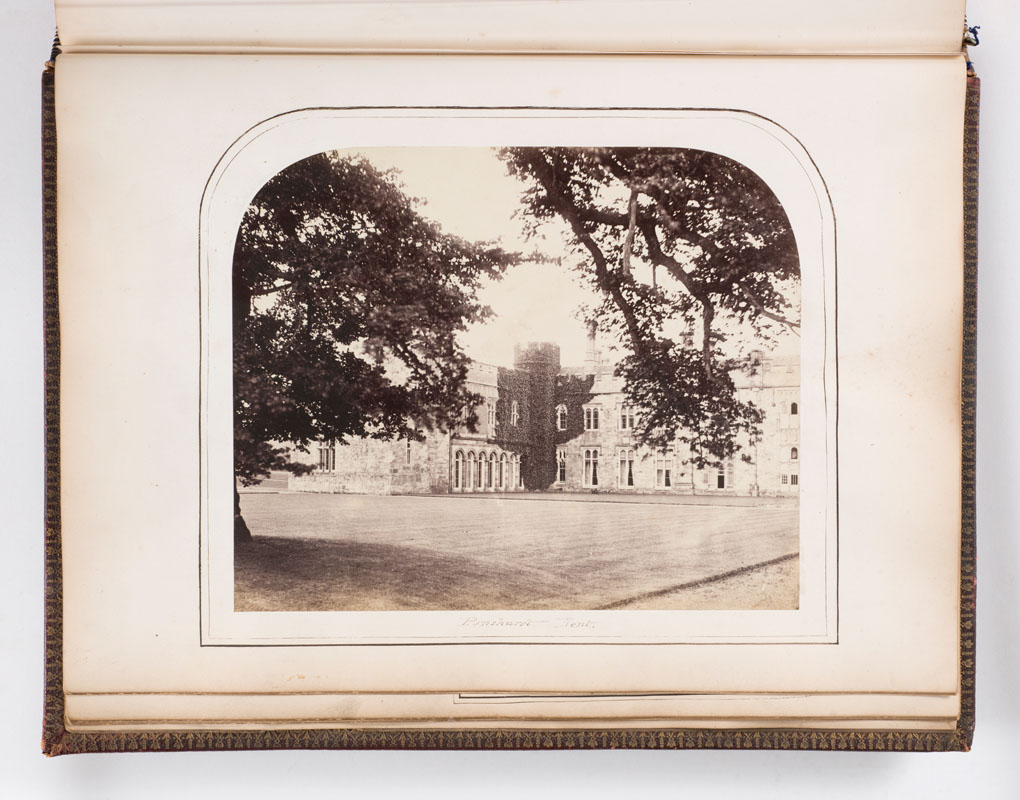 Penshurst Place, Kent, was the home of Philip Sidney, 2nd Baron de L’Isle and Dudley. Philip’s grandfather, Sir John Shelley, eldest son of Sir Bysshe Shelley by his second marriage, inherited Penshurst from his grandmother when he came of age in 1793, and took the name of Sidney. He began an ambitious programme of restoration of the great house (former home of the poet, Sir Philip Sidney), which had been badly maintained for the previous ten years. His son, Philip Charles, 1st Baron, married Lady Sophia Fitzclarence, one of the natural daughters of King William IV by the actress Dora Bland (generally known as Mrs. Jordan). He was given the barony and title of Lord de L’Isle in 1835 and made Surveyor-General to the Duchy of Cornwall. He continued the restoration of Penshurst and built a new stable wing. Philip Sidney, 2nd Baron, employed George Devey to restore the Tudor part of the house, which he did with great sensitivity. Philip married Mary Foulis, only child of Sir William Foulis, 8th Bt. They had five children. Three of their sons, Philip, Algernon and William, succeeded to the baronetcy in turn, but found it difficult to protect Penshurst from the damage of two world wars and heavy death duties. However, William’s son, created Viscount de L’Isle and Dudley, succeeded in resurrecting Penshurst Place once again from virtual ruin and dilapidation after the Second World War, and it is now considered to be one of the greatest and most beautiful of English country houses.