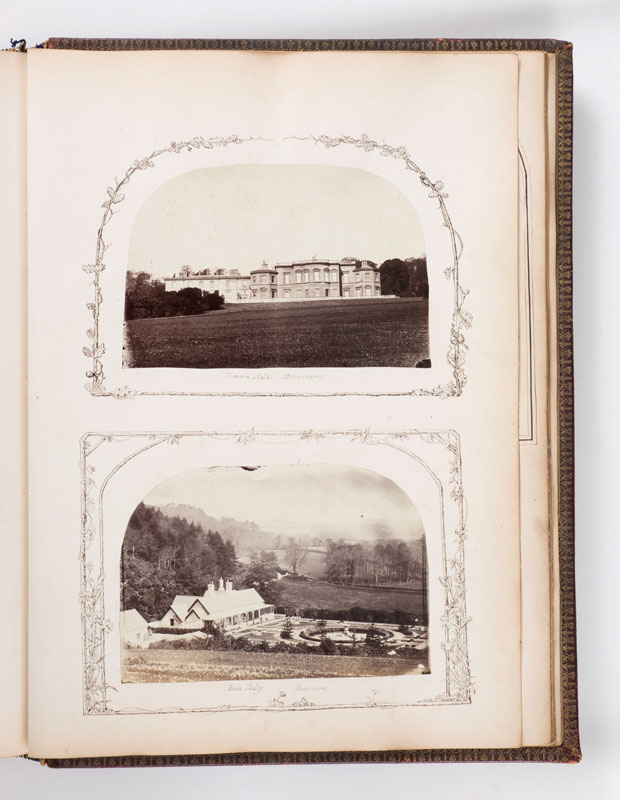 Baron Hill, Beaumaris, on the island of Anglesey, was the seat of the Bulkeley family. The Bulkeleys were one of the largest and most powerful landowners on the island of Anglesey. After divorcing his first wife, Mary Baring, following her affair with Col. Henry Armytage in 1864, Captain Bulkeley married Madge Williams, who was a close friend of Mrs. Ricardo, in 1866. The house, which takes its name from the hill on which it stands, was first built in 1618 by Sir Richard Bulkeley, but was greatly extended in neo-Palladian style in 1776. King Edward VII visited Baron Hill in 1907. The death of two members of the Bulkeley family during the First World War subjected the family to heavy death duties, which made it impossible for them to maintain such a large mansion. Baron Hill was used to house Polish soldiers during the Second World War and was badly damaged by fire. It remains as a dilapidated shell and is known as “the lost mansion of Baron Hill”. Plans were submitted in 2008 to restore the house and turn it into apartments, but these do not appear to have been put into execution.

Nante Dairy was probably one of the many outbuildings on the Baron Hill estate.