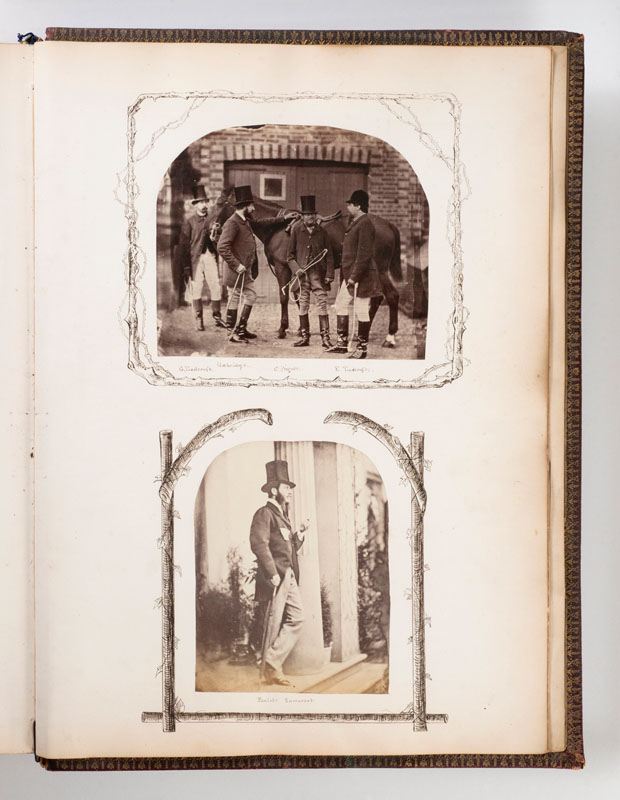 In this photograph, George Tredcroft, the Earl of Uxbridge, Charles Piggott and Edward Tredcroft are dressed for hunting. The background is the same as in the photographs of the horses, Medea and Magistrate.

Colonel Poulett Somerset (1822-1875) was the eldest son of Lord Charles Somerset and his second wife, Lady Mary Poulett, and was educated at Eton and Sandhurst. He was commissioned into the Coldstream Guards in 1839. During the Crimean War, he was an aide-de-camp to his uncle, Lord Raglan (like Colonel de Bathe), and fought at the Battles of Alma, Balaclava and Inkermann. He later served as M.P. for Monmouthshire from 1859 to 1871.