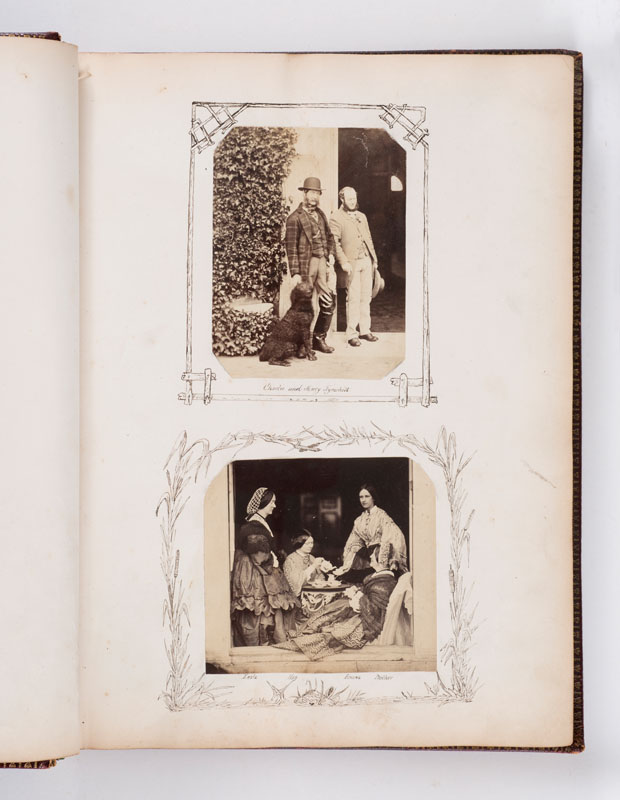 Mrs. Ricardo’s brother, Charles Tyrwhitt, was the natural son of Sir Thomas John Tyrwhitt Jones, 2nd Bt., and Eliza Walwyn Macnamara, born in 1818, before Sir Thomas’ marriage to Eliza Walwyn Macnamara. Charles had a very successful military career, rising from an Ensign in 1834, to the rank of Colonel by 1856. He served as Equerry and aide-de-camp to the Commander in Chief, H.R.H. Prince George, Duke of Cambridge, during the Crimean War, and afterwards, and retired as a Lt. General. He was also a Deputy Ranger of Hyde Park and was living in the Ranger’s Lodge at the time of his death in 1886.

Henry Tyrwhitt, born in 1824, was a brother of Mrs. Ricardo and the eldest son of Sir Thomas’ marriage. He succeeded his father as 3rd Bt. and owner of Stanley Hall, Astley Abbotts, in 1839. He obtained permission for himself and other members of his family to revert to the family surname of Tyrwhitt by royal licence in 1841. He served as a Lieutenant in the Rifle Brigade until 1847, then travelled widely. He married Emma Harriet Wilson (12th Baroness Berners in her own right) in 1853, and they had 12 children. He was described by their grandson, the aesthete Lord Berners, in his autobiography, First Childhood, as a pleasant, easy-going man with a liking for politics, “in which, however, he was never permitted to indulge.” This photograph was taken at High House, Campsey Ashe, where Mrs. Ricardo’s sister, Mrs. Han Sheppard, lived.

This page of the album shows members of Mrs. Ricardo’s family. However, it does not include Mrs. Ricardo’s other brothers, Edmund and George. They were both serving in India at the time the album was put together.

Mrs. Ricardo’s mother, Eliza, and Mrs. Ricardo’s sisters, Leila and Han, are taking tea with their sister-in-law, Emma, Baroness Berners, the wife of Henry Tyrwhitt. Han is presiding at the tea-table, which suggests that the photograph was taken at Han’s house at Campsey Ashe.