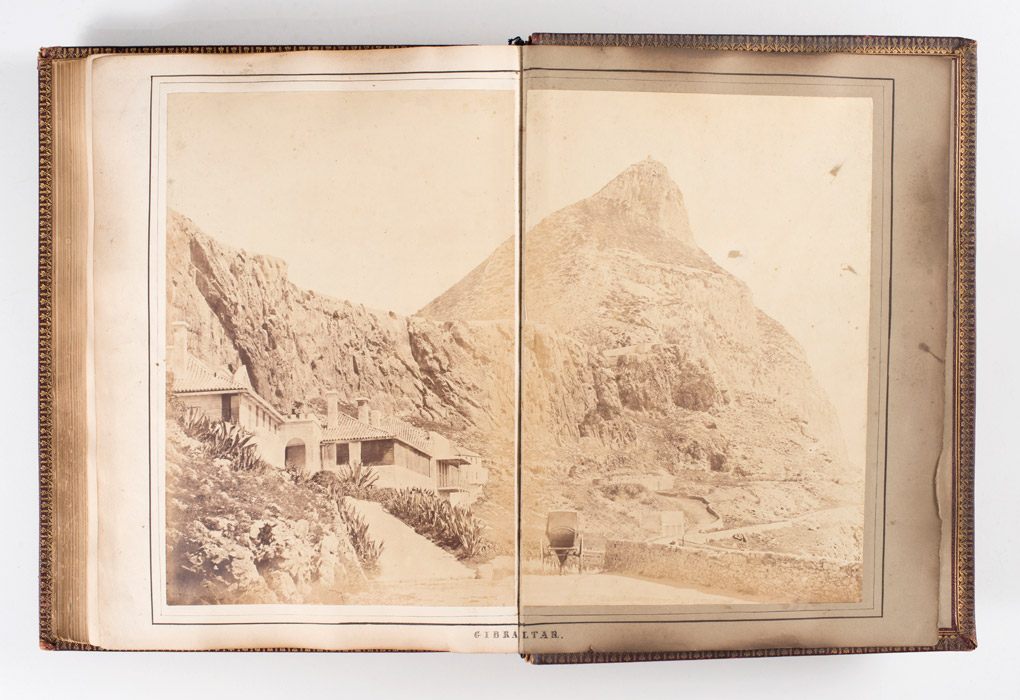 Gibraltar was a British colony on the Iberian Peninsula, and the delightful cottage in the photograph served as the governor’s summer residence. At the time the album was made up, the governor was Sir William John Codrington. He held the position of governor of Gibraltar from 1859 to 1865. Sir William had served in the Coldstream Guards, commanded the 1st Brigade of the Light Division at the Battle of Alma in the Crimean War and, in 1855, was promoted to Commander-in-Chief, occupying Sebastopol. In 1857, Sir William was elected Liberal M.P. for Greenwich. It is possible Sir William John Codrington was known to various members of the Ricardo family through political and/or other connections and this may explain how the photograph was acquired.