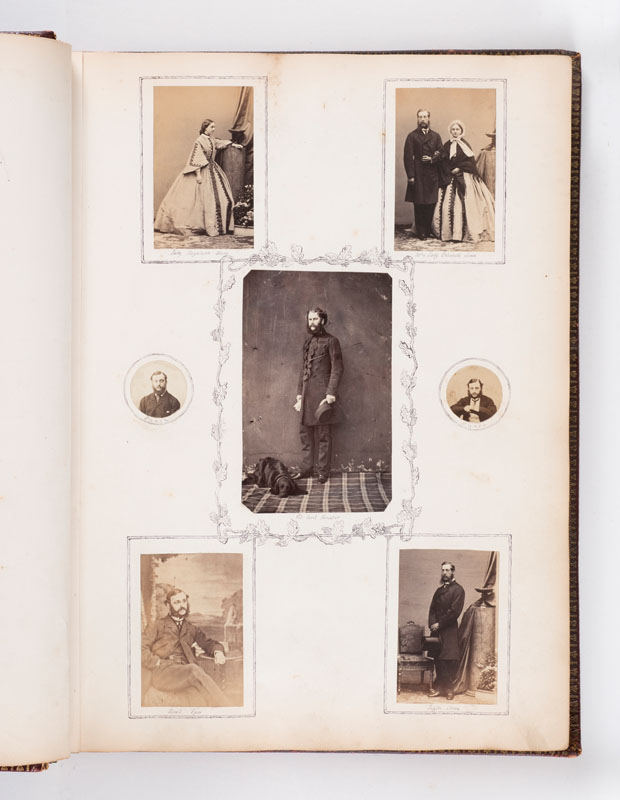 Lady Elizabeth Malet Jones, née Vaughan, was the daughter of the 4th Earl of Lisburne and the wife of John Inglis Jones.

Mr. & Lady Elizabeth Jones were John Inglis Jones of Derry Ormond, Cardiganshire, J.P. and D.L., and his wife, Lady Elizabeth Malet, née Vaughan, daughter of the 4th Earl of Lisburne. He had previously served as a Lieutenant in the Royal Horse Guards.

These photographs were probably taken in England, before Captain Francis “Punch” Howard Vyse left for Japan.

Colonel Cecil Forester was probably George Cecil Weld Forester, 3rd Baron Forester of Willey Park, Shropshire, who was Comptroller of Her Majesty’s Household in 1852 and 1858-9. The Foresters were a Shropshire family, like the Tyrwhitts, so the two families were probably well acquainted.

This photograph was probably taken in England, before Captain Francis “Punch” Howard Vyse left for Japan.

Inglis Jones was John Inglis Jones, seen above – with his wife – and taken in the same studio sitting as the two photographs above.